Mateo De Vallescar (Simba) was born in Barcelona in 1961. From an early age, his natural inclination for drawing and painting was stimulated and supported by his parents in a family environment in which art always had a preponderant role. His mother Carmen who was born in Manila and was a violinist in the Philharmonic Orchestra of the Philippines had studied with the great Yehudi Menuhin and she also painted. His father Mateo, a Spanish lawyer, played the piano. In addition to music, the family had a close friendship with painters such as Vilató (Picasso’s nephew) and Luis Eduardo Aute, a well-known Spanish artist and composer, who painted Mateo’s mother’s portrait. Picasso himself dedicated a painting from his Blue Period to a relative of Mateo’s family in Barcelona, which is now exhibited at the Picasso Foundation in Montcada Street.

Mateo was seven when in 1968 his family moved to Mexico City. He then began studying at La Salle University and went on to finish his studies at the prestigious National Autonomous University of Mexico with a degree in Architecture. From there he worked for several years as an architect and designer. He was initially associated with four colleagues, and later in the world renowned studio of Architect Humberto Artigas. Throughout this period he continued to paint and sold his work on the side.

In 1988 Mateo was invited to make his first painting exhibition, and from that moment on he decided to dedicate himself completely to his art. 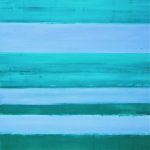 The paintings of Mateo De Vallescar are the result of deep and personal research that has had many influences from his diverse background. His training as an architect and designer, his mestizo origins, the close contact with different cultures such as American, Mexican and European, as well as family influences from great artists and loved ones, have all played significant roles in his development.

Initially figurative and profoundly marked by his classical and Mediterranean origins, his work has been constantly evolving and purifying throughout the years. Many different fields have been explored by the artist as he finds his own path. Constantly traveling and visiting museums and exhibitions, he has been deeply inspired by the work of other artists, learning something different from each one. The innocence and spontaneity of Joan Miró; the colorful and poetic world of Tamayo; the explosive force of the American Abstracts – so close to the Modern Movement known as International Style in Architecture – and painters like De Kooning, Motherwell, Rothko, Diebenkorn; the intimacy and modesty of Paul Kee; the soberness of Tàpies; the subtle elegance of the classics and the mystic and profound silence of minimalists and ZEN art.

In the same way that we must constantly cast off weight to continue traveling in a freer and lighter way, the need for internal silence in the midst of our noisy and chaotic world has materialized. Parallel to the daily practice of taichi and meditation, the process of Mateo’s painting has naturally followed the same direction, constantly unburdening itself and trying to stay with the essentials.

Space, color, proportion, contrast, rhythm… always searching for the perfect balance and harmony among them. As in music, for Mateo every color is a note, and his goal is to seek out and create a beautiful song in every work. If everything in the Universe is vibration, so should it be in a painting. The challenge therefore is to find the right vibration within the elements…

And as a firm believer of an existing global awakening of consciousness, that Eckhart Tolle describes as the only option we have to save our world, the other challenge, the spiritual one, is to stay on the side of hope and light.

For him, a painting should alter something in our deepest soul – if we are able to observe it with the clean and innocent sight of our inner child – only paying attention to what the vibration of color awakens in our senses and in our natural search for harmony.

Beauty is in the eyes of the beholder… 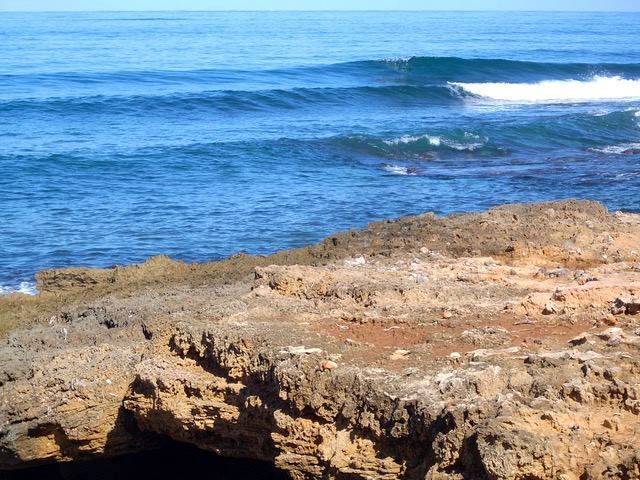 The Presence of Landscape

The aridity of Mexico´s deserts and the exuberance of its Caribbean sea. The laidback happy craziness of Californian beaches. The serene majesty of the Swiss Alps. The joyful and peaceful tranquility of the Mediterranean landscape of Majorca with its spectacular turquoise creeks, where time seems to have finally stood still and all that is left to do is to simply enjoy the present moment.

We can feel the permanent presence of the sea and of these landscapes (as well as future ones to discover) in Mateo’s works, as if they have become a part of his soul. Even though some of his paintings may evoke landscapes, everything is represented by the artist in its most minimal form in a quest for extreme simplicity.

Simultaneously within in his pieces we find the pleasure of the architect who enjoys constructing and composing space, and – as in Joan Miro’s work- the playfulness with colors which celebrate life, but always looking for harmony and balance in each painting.

Although mainly an abstract painter, Mateo does not wish to be labeled as one. He believes labels to be limiting frontiers and that to keep art alive, it must be free of pre-conditioned concepts. So without pretending to return to figurative art either, some figures may eventually appear in his works as well.

To purchase Mateo’s paintings, they can be found online or at his exhibits in Mexico, Barcelona, Switzerland or Majorca.